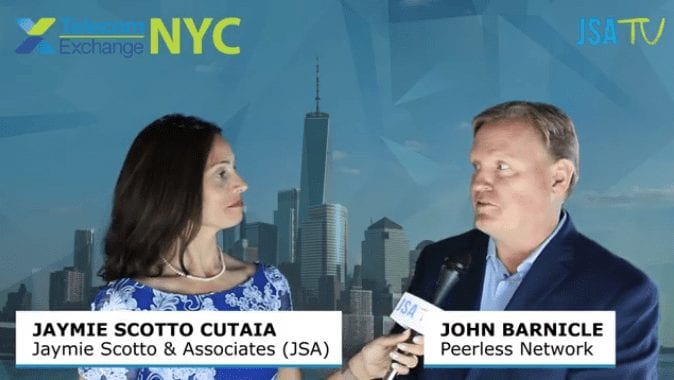 Peerless Network recently announced they brought its wholesale services voice and SIP trunking services to the channel agent community and enterprise customers via its Peerless Portal.

In the video interview, Peerless Portal was touted as a game-changer with its visibility for the agent community. John told JSA TV that the Peerless Portal feedback from agents has been excellent so far and he looks forward to bringing additional services to the platform throughout the year.

Hear the latest developments about this self-provisioning portal and the additional growth planned for Peerless in 2019 in the JSA TV interview below.